Home › Blog › Behind the scenes of a Kickstarter project

Behind the scenes of a Kickstarter project

Running a Kickstarter project is challenging. Your life is tied to a number that you have very little control over, and that number defines you for the next month. Every contribution sends an email to an inbox, which chirps to give a bit of excitement.

Since we’re all about sharing scores and encouraging everyone to get more engaged, we thought we’d share our numbers with you live.

Here at Portable Scores we’ve been using one of our prototypes to track progress, putting our numbers in big red lights, having it beep every time we get a contribution. We put this display up at our hackerspace Sector67, which is where we did most of the development, and is a place where more people can see the scoreboard.

<tech speak> We’re using a raspberry pi and a python script to scrape the stats.json url of our kickstarter campaign. A bash script runs this python script every 20 seconds and displays the number of backers right justified, waits 10 seconds, and shows the % complete left justified (rounded up so we feel slightly better). The pi controls the scoreboard over USB using a serial string like so: echo “C1234000\n” > /dev/ttyACM0 </tech speak> 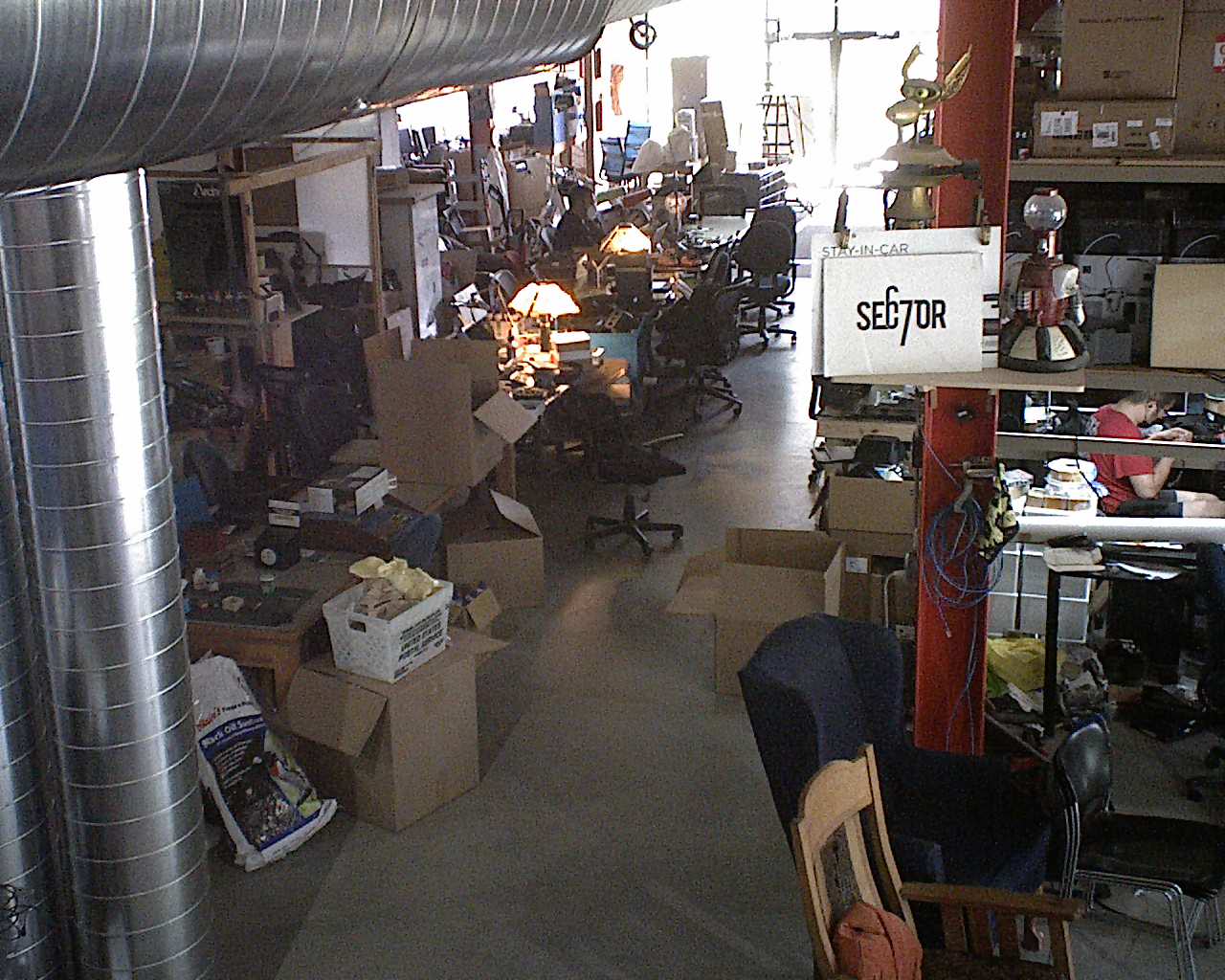 But these are the numbers that everyone sees. Here’s what’s going on behind the scenes:

Behind the scenes stats

This is what Kickstarter shows the project creator on the dashboard page.

Our progress as of March 17.

This is a very simple graph showing our trajectory. Yep, we’ve raised $11k so far. So where are those pledges coming from? 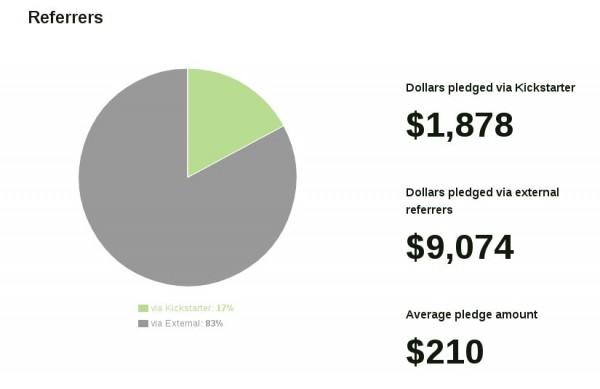 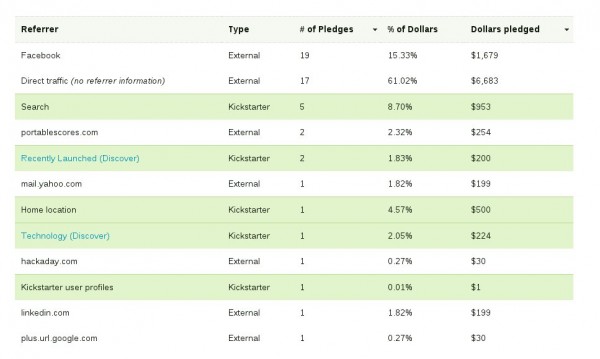 The graph above shows where our traffic comes from, but only shows referrers of backers. Kickstarter doesn’t show how many people visit the page or where they are coming from, nor do they offer conversion rates. We lack the data to improve our campaign, like total views, and referrers of non-backers.  We do have a metric in video stats, which is a flashlight in this cave of mystery.

Are other people experiencing this challenge? It turns out yes, and  Kicktraq is a site specifically for helping with those metrics. 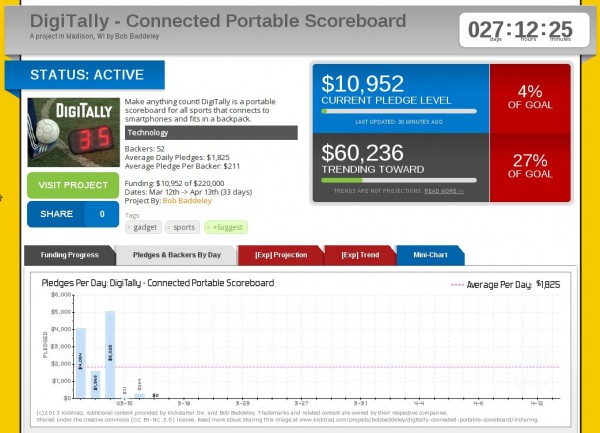 It shows projections, more interesting graphs, and more data. Thank you, Kicktraq! It also shows how awesome my grandma is. $5000 from her alone! She’s the best!

The key to a successful Kickstarter campaign is getting media attention. After tapping your social network, you still have a long way to go, and if you can’t get your target audience to see your campaign, it’s difficult to get traction. As you can see by our referrers, Facebook and our social network was our initial bump.  So how does publicity help? A week before and on the day of, we contacted every media outlet we could, pitching different angles, announcing our launch, letting them know we were there and ready. Hackaday picked us up with an article on our molding process. This led to a substantial spike in traffic to our web site, as evidenced by our Google Analytics: 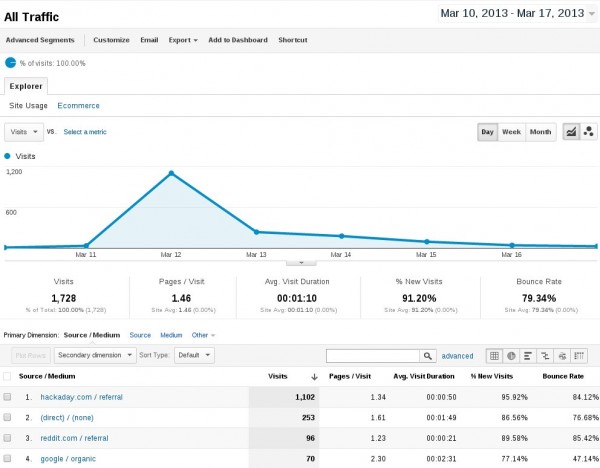 1100 visits in a day; not bad! How did that translate to conversions on Kickstarter? Looking up at the graph from Kickstarter, it means a single conversion. Admittedly, Hackaday wasn’t really our target audience for the scoreboard, but it is an example of how we can track media attention to conversions.

As our campaign continues, we’ll keep putting out articles and going after our target customers. We’ll use the data we can collect to refine our campaign and get traction.

If YOU are interested in a scoreboard, or supporting our project, check out our Kickstarter project now!