Posted on February 3, 2013 by bobbaddeley

As a weekend side project, and because I felt like improving company morale, and because my local hackerspace Sector67 has a laser cutter, and because I’ve recently been making LED strips to test different LEDs from alternative suppliers (that’s a lot of reasons), I got the idea to use my knowledge and spare parts to build some custom nameplates for everyone at Portable Scores.

The process was fairly simple (mostly because I had access to the right tools), and it turns out I had everything I needed already at Sector67.

First I experimented with laser engraving the nameplates. I realized that I needed to mirror the image so the engraving would happen on the back side and the front would be smooth. 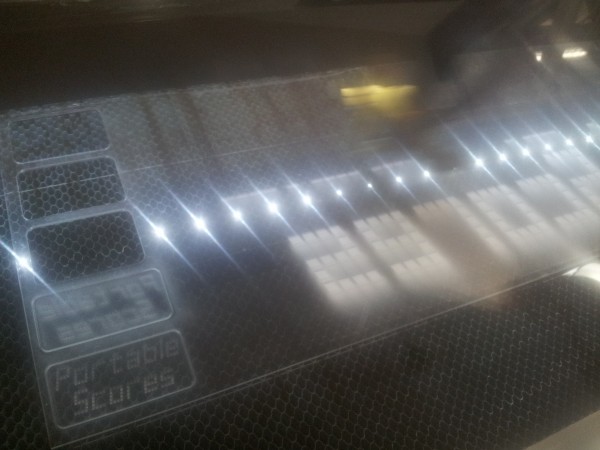 Next I used the laser cutter to cut out some simple squares/rectangles of ABS for the enclosure. ABS leaves a gooey residue on the bed, so we had to create a bed on top of the bed. I did this by putting a sacrificial sheet of paper on the bed, then stacking a couple old pieces of material that had been cut out already and had large holes, then putting my ABS on top and cutting where the holes were. As the laser went through the ABS, the smoke and goo went onto the paper. It also burned the paper, but the paper took most of the goo. Some fires were started, but they burned out quickly.

I also used the CNC engraving machine to etch some circuit boards. This tool is much easier to use than the chemical etching method of making circuit boards. Here are all the parts ready to be assembled. 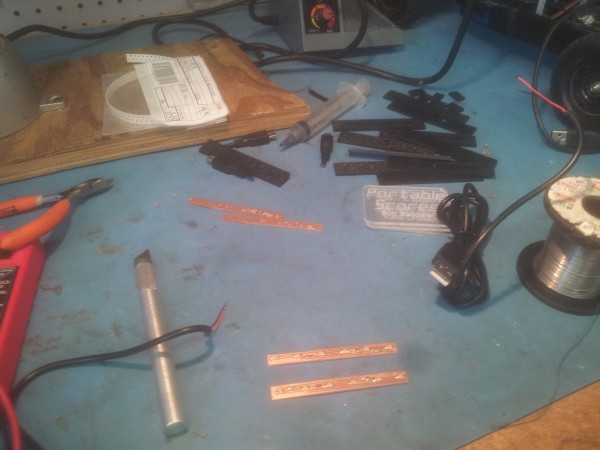 I then assembled the circuits, which use the same LEDs and resistors as the scoreboard, so I had plenty of parts. 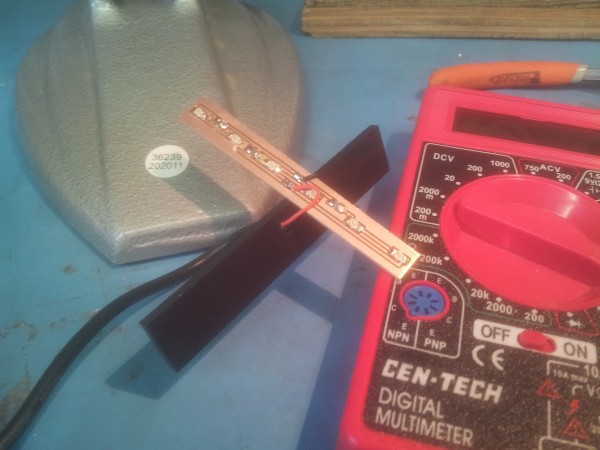 After that I used acetone to put all the plastic pieces together. The syringe is a great way of applying acetone and doesn’t stink while it’s in the syringe. 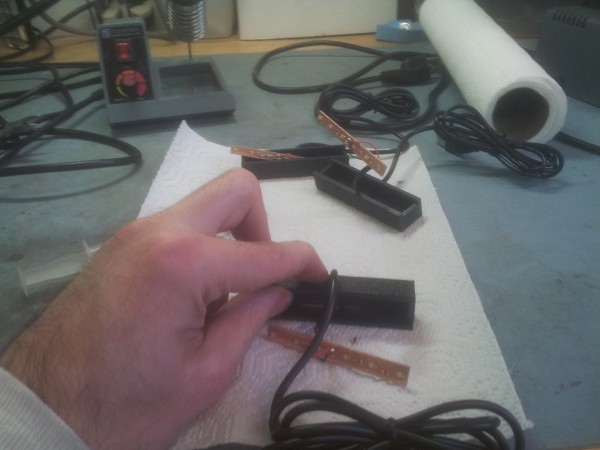 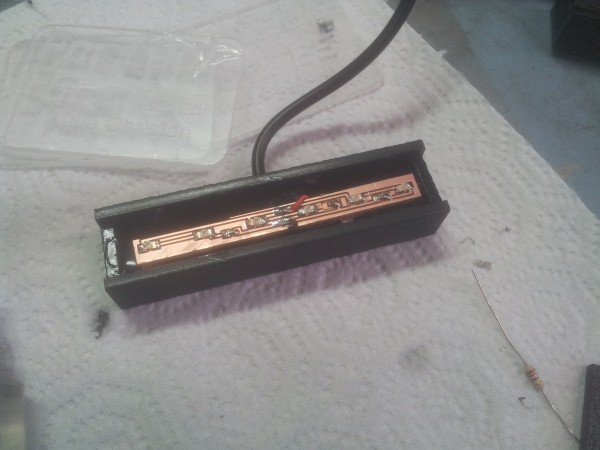 Finally, the finished product. The display rests nicely on the LEDs and can easily be replaced. 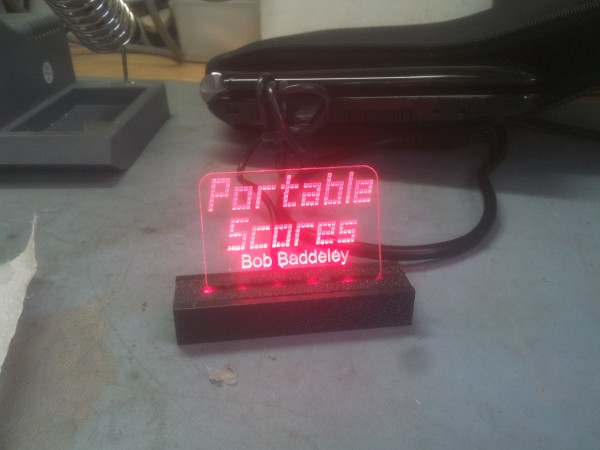