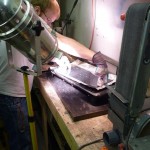 An initial attempt at using a griddle to do the full board at once. The board warped almost immediately, so a halogen lamp was brought in to try to heat the top of the board to compensate and reduce warping. It did not work. 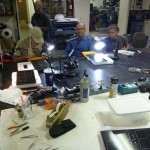 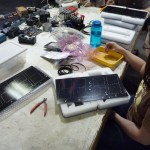 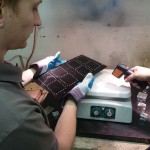 Testing the baking of the boards with a thermometer to make sure the boards and the LEDs won’t get too hot to be damaged. 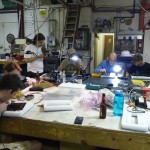 Laying down solder paste and LEDs. 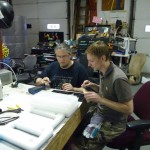 Verifying the boards are working after baking them on the hot plate. 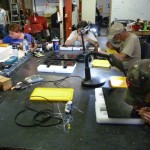 Laying down solder paste and LEDs 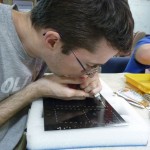 Bob uses a syringe to dispense solder paste onto the boards. 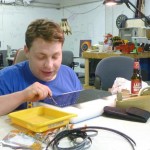 Jesse places the LEDs onto the surface on top of the solder paste. 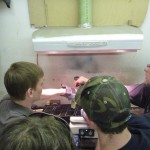 Baking the boards; after placing on the hot plate, the board heats up, the solder melts, and the components are now attached. 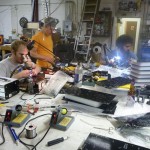 Chris uses the microscope as he solders all the microcontrollers. 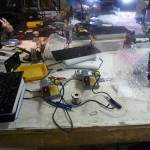 Soldering equipment and boards and components all over. 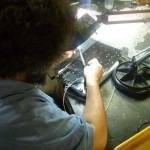 Jim hand solders hundreds of small resistors on the back.