Posted on September 5, 2012 by bobbaddeley

One of the biggest complaints with the scoreboard has been with the remote control. In fact, we’ve hated it ever since we started, but we had a few reasons for sticking with it. Lately, though, we’ve been working hard to get rid of those reasons and move away from the old remote and towards one that will give us a LOT more capability. We’ve been trying out different remotes to see what works, what doesn’t, and how to make them awesome. Here are a few so far. 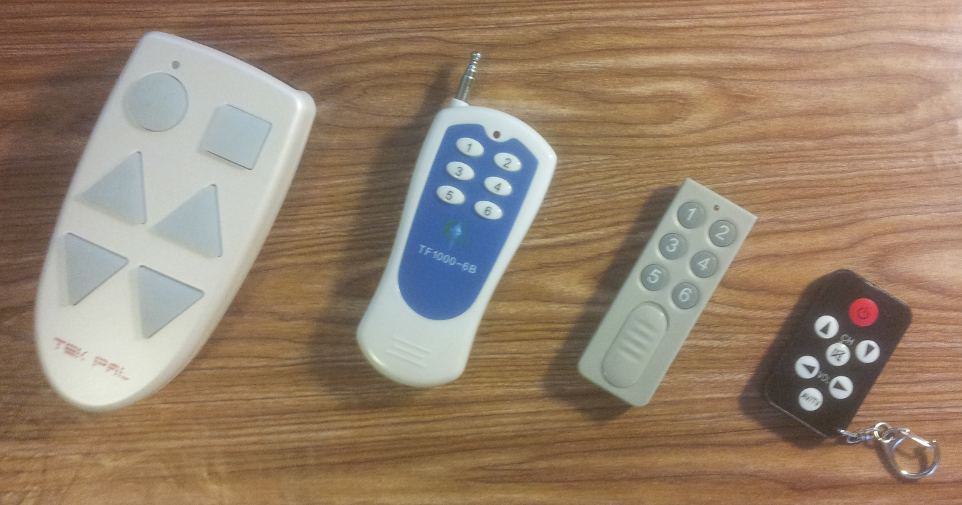 From left to right, the prototype remote that we currently use, an RF remote, a smaller RF remote that works the same but has an additional button to prevent accidental presses, and a keychain IR remote. For reference, the big one is 5 1/2″ long, and the little one is 2 1/4″.

In short, the scoreboard is about to get a lot more awesome.

The prototype of the scoreboard uses an IR remote, essentially a universal remote. This is for a lot of reasons:

But there were some problems with IR:

We’ve been wanting to solve these problems and more. With the RF remotes, we get a lot of benefits:

There are some drawbacks:

In the long run, this is the right way to go for the scoreboard. It will remove a lot of the pain points that exist with the scoreboard, and it adds functionality that people have been asking for. Plus it adds a little bit of flair to the accessory switches, but that’s a little down the road.